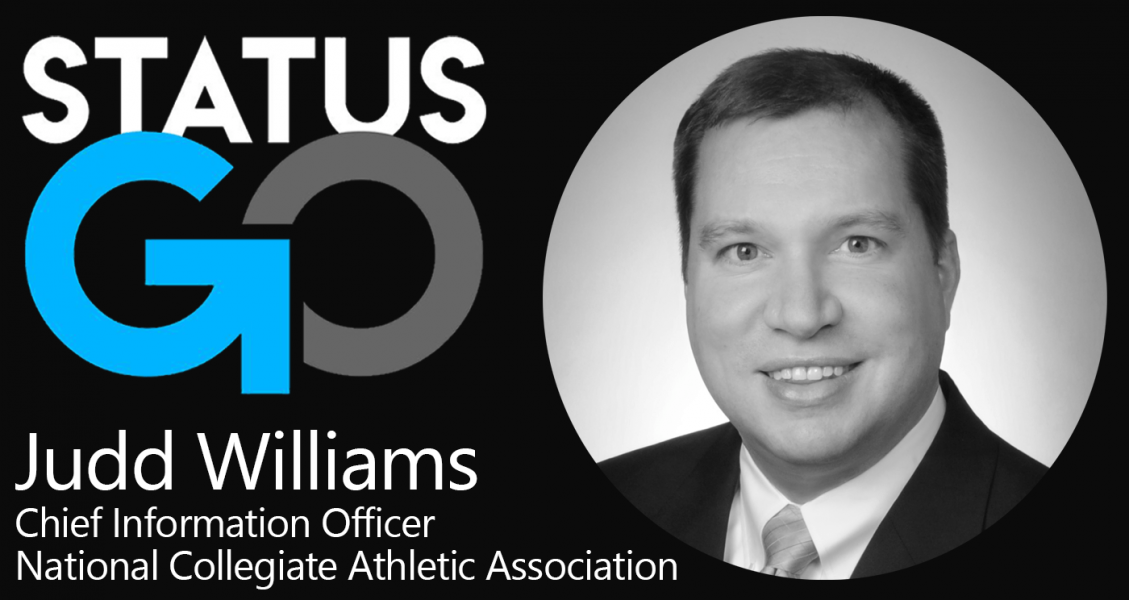 This week we welcomed Judd Williams to Status Go.  As CIO of the National Collegiate Athletic Association (NCAA), Judd leads an award winning IT team, but this was not always the case.  When Judd started 8 years ago there were challenges in areas ranging from infrastructure to cultural and organizational aspects.  In this episode, Judd discusses with Jeff Ton the steps he took to turn things around and, wow, do they cover a lot of ground.

Judd Williams is the Chief Information Officer (CIO) for the National Collegiate Athletic Association (NCAA) and has served in this role since June 2012.  Judd’s responsibilities at the NCAA include all aspects of strategic planning, budgeting, implementation and support of IT initiatives across the national office, membership, and events.  Within his first two years at the NCAA, he has increased the “Overall Quality of IT” results over 20 percentage points, while reducing IT costs by over 10% and improving information security at the NCAA. According to the last two greatplacetowork.com bi-annual culture surveys, the IT Department has had the highest department scores across the entire NCAA.

Prior to joining the NCAA, Judd was recruited into the Federal Bureau of Investigation’s (FBI) Special Advisor Program in 2007. He was named Acting Deputy Senior Executive of IT Business Operations in 2009, where he helped oversee a budget of over $300 million and 1,000+ staff, and was then promoted to Senior IT Manager and Unit Chief in 2010, where he oversaw three different operational IT groups and was the youngest Unit Chief in the FBI’s IT Branch.   Prior to the FBI, he worked for SAIC, Northrop Grumman, and the Defense Intelligence Agency.