How Do Organizations Protect Against Ransomware?08 April 2022Next

Beyond the First 30 Days | Bill Serva 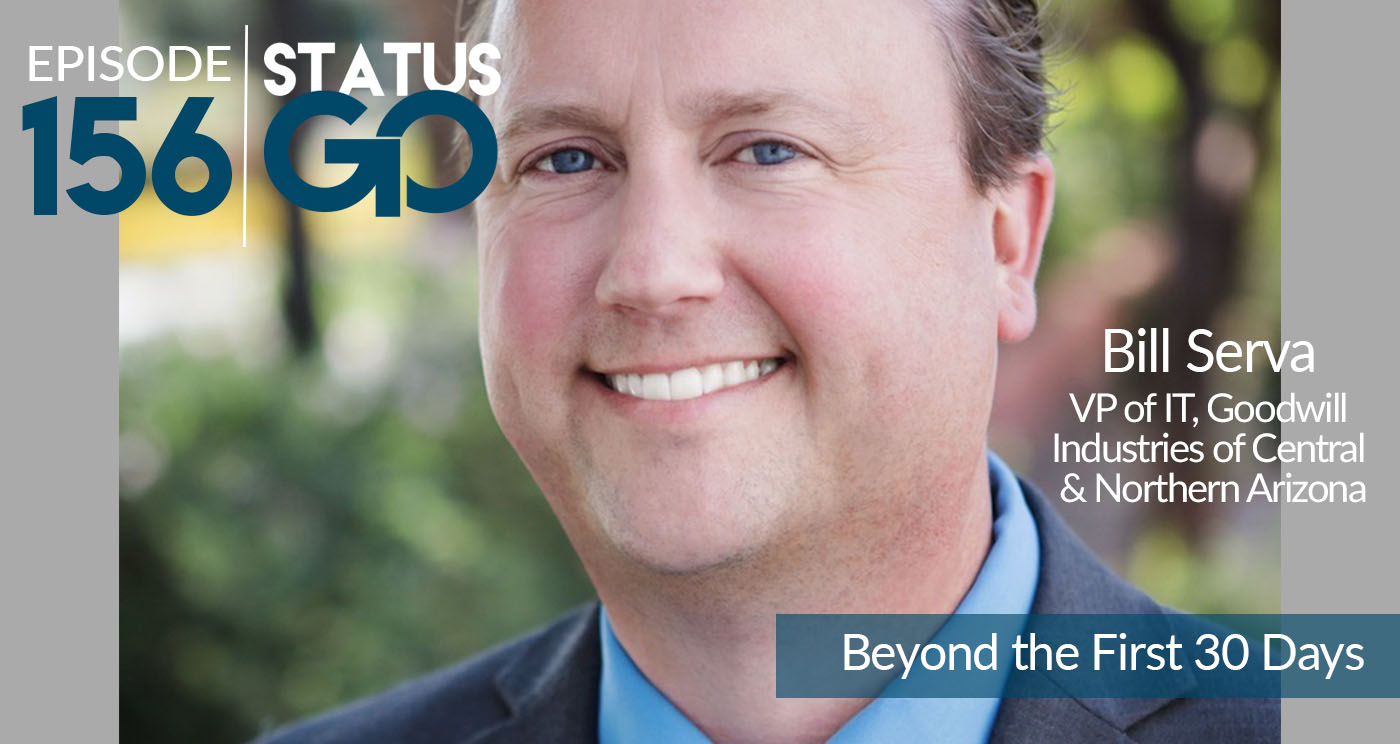 Bill Serva, Vice President of Information Technology at Goodwill Industries of Central and Northern Arizona, returns to Status Go to continue the conversation we started almost two years ago. When we first spoke with Bill, we talked about his first few months as Chief Information Officer after being promoted into that position. As Bill and host, Jeff Ton, catch up, he supplies insights into their digital transformation journey and the impact the pandemic had on their projects and his team. Bill also shares the personal and professional journey he has embarked on over the last two years.

Bill Serva believes that technology has the power to change people’s lives and make the world a better place. He has been working in IT for over 20 years across several different industries including foodservice distribution, grocery, and not for profit companies. Since 2010, he has worked for Goodwill of Central and Northern Arizona and is currently the Vice President of Information Technology.

Bill has been fascinated by technology from a young age. After playing Pac-Man for the first time as a kid, he was hooked and knew that someday he would have a career in IT. Building and modifying classic video games has become a fun hobby for him.

Bill holds a bachelor’s degree from the University of Arizona; however, he has one son that has graduated from ASU and another that will be graduating next year. As a result, he is a fan of ASU but still roots against them when they are playing the U of A. He also holds an MBA from the University of Phoenix.

In his free time, he enjoys spending time with his wife Karen, his four adult-age children, as well as his first granddaughter, Paisley who was born in October 2019.