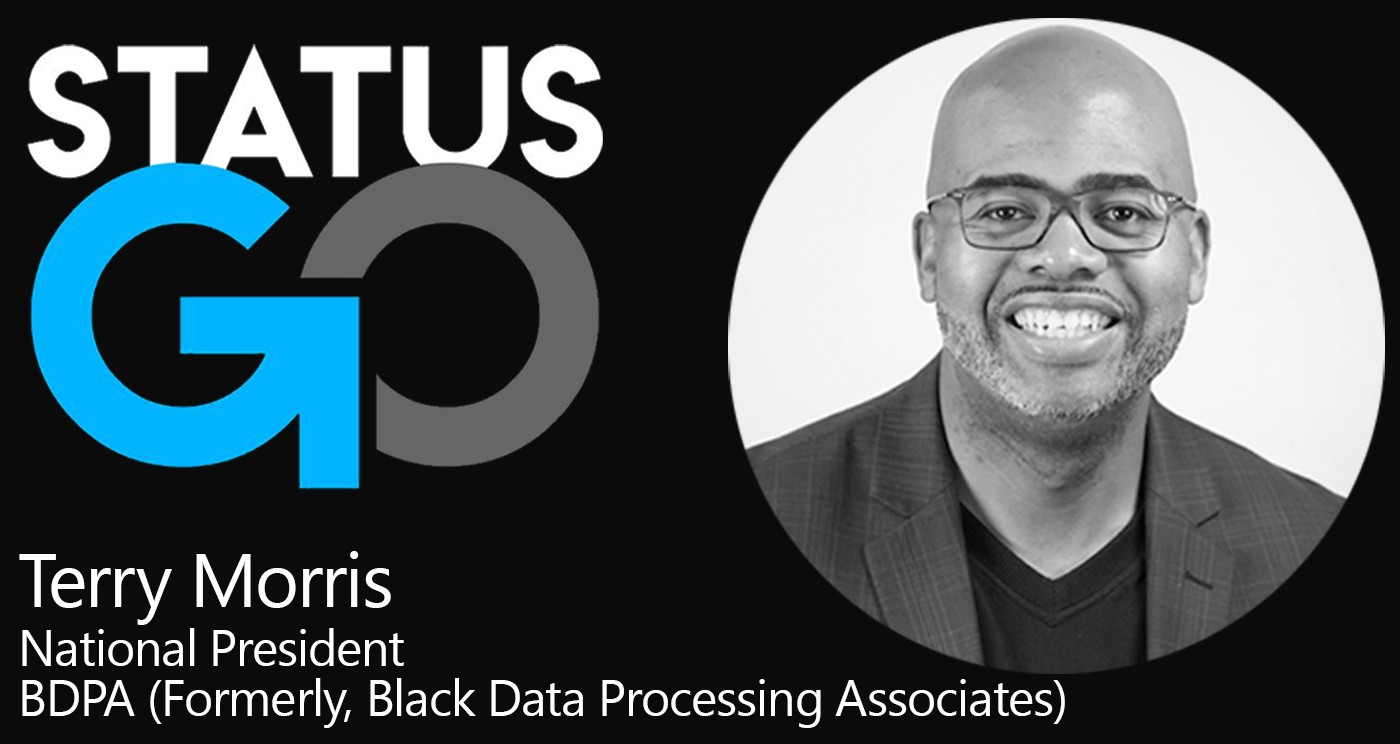 This week, Status Go welcomes Terry Morris, Director of Global Services Solutions Information and Digital Solutions for Eli Lilly and Company, who sits down with Jeff Ton to discuss the challenges he’s faced as a Black man and a Black leader in a predominantly white industry as well as why he has hope, and where he recognizes progress is being made.

One thing we know for sure, while discussions such as this are necessary and needed for education and awareness, real change happens through action.  To that end, as the National President of the BDPA  (Formerly, Black Data Processing Associates), Terry gives us a 360 degree view of this organization as well as ways to become involved.  In fact, August 20-22nd they are holding their 42nd Annual BDPA Technology Conference & Diversity Career Fair (virtual).  Go to BDPA2020.com for all of the details

Terry leaves us with a powerful call to action: “Lean In. Everybody’s version of leaning in is going to be different, but I will encourage everyone to pick a version; pick your version of progress.”

Terry Morris serves as Eli Lilly and Company’s Director of Global Services Solutions Information and Digital Solutions and National President of National Black Data Processing Associates (BDPA) Organization. Terry not only embodied what hard work and values ingrained in faith and family can do professionally – he’s reinvested his strengths back into the community through volunteerism and intentional impact – something he considers his life motto. Morris graduated from Florida A&M University in 2000 with a degree in computer and information systems, and obtained a master’s degree in policy analysis from Indiana University–Purdue University Indianapolis in 2010. Terry has always had a passion to serve the community and to teach, but when an opportunity presented itself for him to visit Indianapolis to participate in a career planning conferences for college students at Lilly, he followed the opportunity, which quickly ignited an ongoing journey in the sciences. That journey included many professional achievements in six other positions prior to his current role at Eli Lilly. He wasted no time integrating his passion for service in education with his background and skills in IT, a fusion that would also open doors to his involvement and volunteerism with BDPA now as National President. Under his leadership the organization continues to stick true to the mission “From the classroom to the Boardroom” by equipping young African American students and professionals with the tools, resources, and network to be successful contributors to STEM.